The Alaskan gold mining craze started, famously, with the Klondike Gold Rush in 1896. However, gold was known to exist in Alaska since Russian engineers found placer deposits on the Kenai Peninsula on the Russian River in 1849. Placer deposits near Juneau were mined throughout the 1870s. After the massive rush, there were various strikes around the territory causing prospectors to chase their fortunes across the Alaskan landscape (most notably: Nome 1898). However, an Italian immigrant by the name of Felix Pedro stumbled across some gold off, what is now known as, Pedro Creek in 1902 and, thus, Fairbanks was born from the rush of prospectors setting up camp near Capt. E.T. Barnette’s trading post. As of 2013, there are currently 9100 jobs (both directly and indirectly) attributed to the mining industry in Alaska with an average annual wage of approximately $100k.

Though there are many infamous stories surrounding the Alaskan gold rushes, none have as much intrigue as the sinking of the Clara Nevada. On February 5, 1898, the ship set off for the lower 48 during a terrible storm. Since the boat was already in poor condition when it set off, it was no surprise that the 12-15 foot waves overpowered it and sunk it. However, there have been many dives at the site of the wreck and not one has turned up with any evidence of the $165k (2017 value: $13.6 million) nor do the giant waves account for the massive hull breach that ultimately doomed the vessel (and all of lives it claimed). There is a popular theory that the hull breach was intentionally created by CH Lewis and his crew as a means to cover up their theft (Lewis’ own checkered past lends credence to this theory), but since there is no damning evidence, we will likely never know for certain what happened. So, if you’re looking for an activity to do next summer, there could be millions of dollars just lying at the bottom of Lynn Canal just waiting to be discovered.

So, despite what you see on tv with all of the reality shows focusing on gold mining, the majority of gold currently mined is from crushing rock and extracting the “dust”. The leading theory is that all of the mined gold in the history of Earth would fit into three Olympic sized pools. Actual nuggets, themselves, are rare (especially outside of Australia). The most recent estimates put the population of nuggets weighing in at 1 oz troy (the weight of precious metals) or above at just under 200,000. That’s it. That makes them up to 10 times rarer than gem quality diamonds. 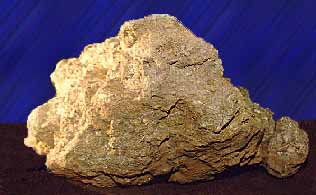 The largest nugget ever found weighed in at a whopping 2520 oz. t. (173 lbs)! It was found in Australia (home to another large nugget that weighed in at 152 lbs). There is a bit of controversy regarding the largest nugget ever, though, as the Canaã nugget (134.1 lbs) is claimed to have been part of a monstrous nugget that broke apart during excavation in Brazil (total weight: 331 lbs).

The history of gold nugget jewelry is rather difficult to trace but most experts say that the fad took off in the mid to late 1970s through the early 1980s and has had a cult following since then. Due to its natural beauty, gold nuggets offer a stunning and elegant showpiece that is certain to make heads turn. 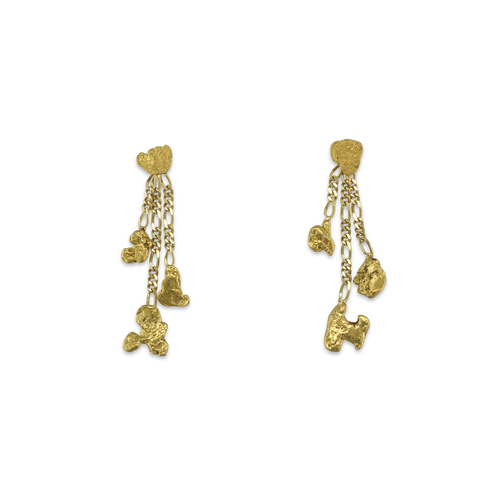